There were potholes surrounded by low chaparral & scrub white oak
Replete w/ springtime kitten’s ears & full on winter ponds, & occasional
Jackrabbit & unpredictable deer traffic, winter was an engine
In the manner of this valley bottom dry Agate Desert
Where I would sometimes hide in a tree & climb a little above it all
& Agate Desert life would fill full these vernal pools &
Waterfowl came & moss edged rocks held algae streamed water a couple feet deep
& cold blooming mistletoe in the oaks & fairy shrimp in the pot holes
If you bent down and looked real hard
& between Christmas & New Year ’s Day, trumpeter swans
Ran off mallard & wood ducks
On these & other parts of this inland desert
& all this seem to be disappeared in summer heat that dried the ponds
At the end of May & became depressions of lifeless hot rocks, or so it seemed
& next year came a clean smell that ran here every winter
In this buck brush, & winter clouds holding low & sometimes an inversion
Put this valley in a 30 day fog & black ice on the highway &
Then if you could get to 2,800, feet sunshine, like up on Neil Rock
You could look down on two Table Rocks, as they were two islands rising from a white sea,
Takilma went there every winter, to do ceremony & build fires
In the limestone cave underneath,
& see in the promontories above the fog
Where the world began &
This is only 1963, in the potholes where I’ve taken you
& in three years after that sad November, a rock picker
Will pluck up all the bottoms of these pot holes,
Will come with a harrow, & rock pick again ,
& then the plow & then the disc & harrow again,
Will have ground up the soil & pour
Mountains of fertilizer & then disc & harrow
& a crop of sorghum will fill the dairy farms silo, & the sweet water
Of the spring below our home that pumped from an electric motor
Sidled down near watercress, for 40 years, will no longer run sweet
Only two years after the potholes and chaparral disappeared the after was bad
In the mechanized method for milk & butter took it all at once
& though the deer came through sporadically & with no cover
They were gone in the day when these potholes were gone—& so left the fairy shrimp
& we never again saw the  trumpeter swans, &
I am thirsty for that sweet water, I’ll never taste again. 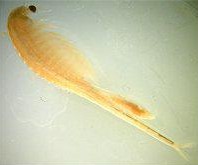 James Ross Kelly lives in Northern California next to the Sacramento River. Mr. Kelly was a long-time resident of Southern Oregon where he grew up. And the Fires We Talked About published by Uncollected Press in 2020 is Mr. Kelly’s first book of fiction. View all posts by James Ross Kelly